You know New Hope for its arts. Here's how it happened

You know New Hope for its arts. Here's how it happened

Culture and camping on the Delaware Canal

Learn more
Enjoy eclectic shopping, great local food and the gorgeous riverside views of New Hope and the D&L Trail, with this digital curated trip Guide.
is a part of this Bikeout experience:
Learn more

A transformational moment in John McDevitt’s career as a sculptor came when he was accepted into his first juried art show in 2004.

Hosted by the Phillips’ Mill Community Association, a small arts program in New Hope, Pennsylvania, the show only allows 100 pieces of art annually, and only from artists that live within spitting distance of the bucolic town.

“It was one of the most prestigious art shows in a 50-mile radius of the Mill,” McDevitt says. “Very difficult to get into.”

As a corporate designer for brands like Kraft Foods and Johnson & Johnson, it was among the first moments he felt that his independent art could stand on its own. He left the corporate gig and became a full-time sculptor soon after.

Fifteen years later, just nine months ago, McDevitt joined the board of Phillips’ Mills, hoping to give back to the art community that supported him as an emerging artist. Today, the organization offers a variety of arts programming, including painting and photography, youth programs and drama, in addition to its prestigious juried show.

“There’s two things that make an art community sustainable and unbelievably rich—artists and the people that support artists,” McDevitt says. As a part of the board, McDevitt’s now doing a bit of both.

New Hope is well-known for its art narrative. Even if you haven't actually visited the small town, it’s easy to picture art galleries tucked away on a modest, shaded main street, families and couples milling about.

But what made New Hope into the art community it is today? Many folks in the area say that Phillips' Mill was the primary reason that the area became a well-known arts colony, and not just because of its annual art show.

The town’s art origin story traces back to the late 19th century, when a few dozen artists—typically referred to as the Pennsylvania Impressionists, or the “New Hope School”—put the town on the map.

Like the Hudson Valley, known for its impressionist community, artists were drawn to the Bucks County’s natural landscape— “its light and its extraordinary topography,” as one expert told us. And, like many artists throughout history, they were also drawn to its affordable rent, as industry had moved from rural communities and into cities, leaving abandoned spaces.

‍William Lathrop was one of the first and best known artists that landed in New Hope. He moved there in 1898, and wanting a place to gather friends and exhibit work, he purchased a few acres at the site of Phillips' Mill, an old grist mill.

These artists, who trained in New York and in Philadelphia at the Pennsylvania Academy of Fine Arts, were inspired by French impressionism and paid particular attention to light and shadow, brushwork techniques, bright palettes and bright colors.

One institution founded to preserve the arts of the region is the James A. Michener Art Museum, which collects and champions artists from the Delaware Valley, including those Pennsylvania impressionists. Founded in the late 80s by a coalition led in part by the Pulitzer Prize-winning writer and major donor James Michener, the museum helps collect and share New Hope’s art history.

“The early 20th century was a period of industrialization and artists wanted to escape that and get back to the landscape,” says Laura Turner Igoe, the curator of American Art at the museum.

The community was well-established and diverse by the time that abstract modern art became the more popular form and impressionism fell out of favor. At the tail end of the impressionist movement, in the 1930s, a new group of artists began to take center stage.

It was a new local renaissance, standing on the shoulders of an established arts community. Because the writers were suddenly here, performance artists soon followed. And then came the venue.

The Bucks County Playhouse was built in the heart of New Hope in 1939 and became a prominent part of the summer stock theater circuit, hosting outdoor productions of popular Broadway shows seasonally, to avoid the heat of the theater.

“[The Playhouse] opened from the ground up with huge stars coming in and doing plays,” says Alexander Fraser, the producing director of the theater, today.

“New Hope suddenly had 400 people, four times a week, pouring in and looking for places to eat.”

The artists that were already situated in the area, instead of shipping their work to Philly and New York, began to open local galleries. In the middle of the century, New Hope went from being a sleepy village to a tourist attraction virtually overnight.

Fraser, the Tony award-winner who moved to New Hope in 2014 with his husband, took over the Playhouse after it had fallen on hard times. The organization was filling seats to about 30 percent capacity, and he and his producing team (a group with a number of Tony awards among them, including producers Robyn Goodman and Josh Fiedler) grew it to 65 percent capacity by focusing on popular and well-known shows. It made its first operating profit in decades just last year, with Fraser's guidance.

As is clear with the Playhouse, the broad artistic spirit of New Hope is alive and well today, in the form of working studios, galleries, museums and educational centers in the region.

The more you wade in and connect with local artists, the more supporting organizations seem to appear, whether its internationally renowned studios like George Nakashima Woodworkers, small artisan community groups like the Bucks County Guild of Craftsmen, art educational hubs like Bucks County Community College or workshops like the ones provided by the Seward Johnson Atelier.

‍
Up and down the streets around the Playhouse, you’ll pass a handful of active gallery spaces that sell local work, like Red Tulip, an artist cooperative made primarily of Bucks and Montgomery county artists.

In the space, each independent artist chooses which work to display and sell, akin to a weekend art fair that’s always on display. With a strong crafts focus, one might find hand-blown glass, pottery, jewelry or wood- or fiber-work, most of which are selections from juried shows.

“New Hope is a strong artistic community not only because of the inspiration that it’s played for so many different forms of the arts over the years,” says Karen Goeller, one of the artists that’s a part of the nonprofit gallery, who specializes in jewelry and painting.

“But also in the way the community comes together and supports the arts.”

It’s all wrapped together in the spirit of the region, today.

Check out historic and contemporary art that depicts the D&L Trail and the region at the National Canal Museum, in Easton, at the organization's special exhibit, on now. More information here.

And check out an expansive selection of the James A. Michener Art Museum's collection of Delaware Valley art, available online as a part of the interactive Google Arts and Culture portal.

Find tripsFind trips
You know New Hope for its arts. Here's how it happened
A look at more than 120 years of art history in New Hope. 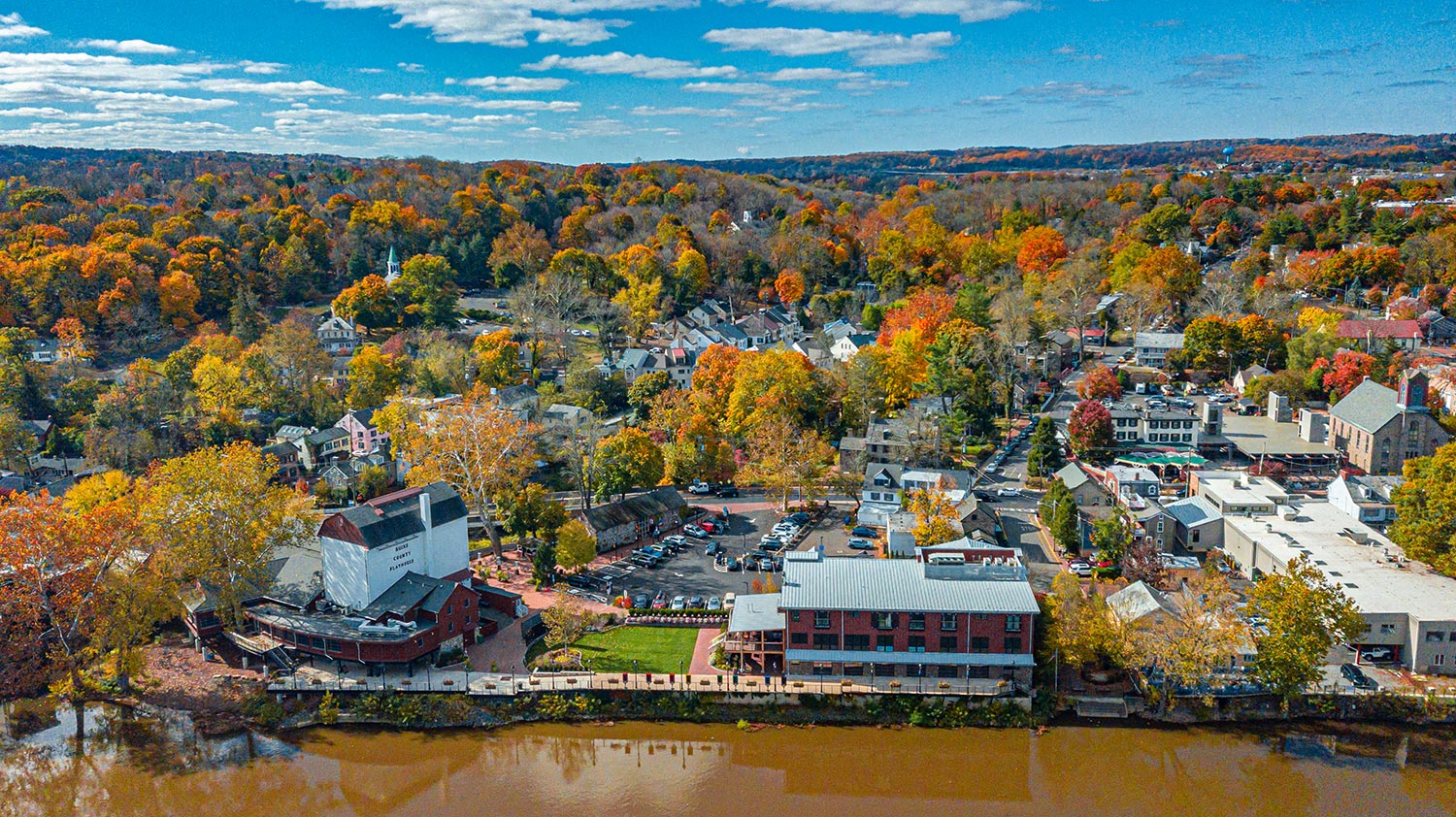