On finding a tree in New Jersey

On finding a tree in New Jersey

Learn more
A unique autumn bike trip through the picturesque town of New Hope and its adjacent trails, rolling hills and memorable landscape.

THIS STORY IS ABOUT A GOLDEN APPLE THAT WAS ALMOST MADE EXTINCT.

The story is about what’s lost to history, or almost lost.

The setting is New Jersey, with its rich farm land and rolling orchards, where apple trees thrive.

The industry that relied on this particular apple, was one focused on people who drank booze. And in the 19th century, hard apple cider was a very popular beverage, before people started moving away from rural farmland to work in cities, where beer was king, and before alcohol was made unlawful by Prohibition. The state started losing its cidermakers and soon its orchards followed.

The apple that was almost lost was the Harrison, which created a cider once known as the “Champagne of Newark.” At its peak in the middle of the 19th century, Harrison apples dominated the cider market in cities like New York.

Until it went missing for most of a century.

This is a story about how the Harrison was rediscovered in part by a dedicated group of orchardists, historians and cidermakers all intent on bringing it to life, and what it will mean for Ironbound Hard Cider, an emerging player in the New Jersey craft cider industry, which is working to revitalize the lost cider and its culture of practice.

Cameron Stark was a winemaker before he became a cidermaker. He got his start in Napa Valley and years later found himself in New Jersey, where he had the chance to experiment with exciting new grape varietals.

Now as a partner and the head cidermaker at Ironbound Hard Cider, Stark has turned from the grape to the apple.

“Cider is a delicious beverage that’s been around for thousands of years,” he said recently on a phone call, while he walked Ironbound’s farm in north Hunterdon County. “It deserves an opportunity.”

But for the winemaker, it’s been a journey to get there.

Apples are mostly devoid of tannins, which make wine taste dry, and are low in acidity which would balance an apple’s natural sweetness. That’s not to say that impossible to find dry, acidic, sweet apples. It’s just that most apples that people are familiar with are designed to be crunchy and last long on the grocery store shelf, not fermented into alcohol. That doesn’t translate well for consumers—or former winemakers like Stark—who seek the more familiar tastes of wine.

The brands that currently dominate the cider marketplace tend to be on the sweeter side, and often, that’s the only familiarity that people have with hard cider.

But in the past half decade, independent cidermakers, including those like Ironbound focused on a wider flavor gamut, are growing in popularity and have taken over a quarter of the cider market.

As Stark has found, apples can be complex enough to meet the palate of wine drinkers, if you dive deep enough into the varieties. Especially if you go back in time to find heritage apples, as the team from Ironbound has.

You won’t be long into a conversation with someone from the Ironbound team before it turns to the golden apple.

“The Harrison apple is as close to a grape as I’ve ever seen,” Stark said.

It was a chance lunch in 2014 with a former New York advertising executive that led Stark to the cider—and to the Harrison apple.

Charles Rosen, the executive and brand expert who cut his teeth working with clients like Mike’s Hard Lemonade and Patagonia, was considering starting a business that could impact workforce development in Newark and highlight the city’s unique history.

At the lunch, Rosen shared with Stark that cidermaking was a growth industry in the early days of colonial Newark, and wondered aloud if there was an opportunity to revive the historic craft, today, to help fulfill his vision.

The market was there and growing. And Rosen had a secret weapon: an apple with almost mystical qualities.

“After a two hour conversation, we knew we had to work together,” Stark said.

In the 1800s, there were thousands of unique varieties of apples, and some of those apples were known specifically for their use in cidermaking.

“It produces a high coloured, rich, and sweet cider of great strength, commanding a high price in New York, frequently ten dollars and upwards per barrel when fined for bottling,” according to William Coxe, a New Jersey native who published an illustrated book of American fruit varieties in 1817.

The Harrison apple has sweetness and acidity, favored in the use of hard cider. And though its flesh seems dry compared to other apples, it yields a lot of juice when pressed, and its flavors of pie spice, green apple and hints of tangerine carry through fermentation. Harrison was used as a single varietal cider, but was often mixed with other Newark apples, like the Poveshon, another known heritage apple from the area.

But as the industrial revolution began pushing rural communities into cities, cider fell out of favor. It was hard to ship it, so people sought after more local offerings. Beer was most common. In Philadelphia, for example, more than 90 breweries existed in the city at the turn of the 20th century. Cidermakers began to focus their crops on apples made for eating.

The Harrison all but disappeared for 80 years.

In 1976, a Vermont orchardist named Paul Gidez, who had read historical documents about the apple, decided to come to New Jersey to look for it.

He had the good fortune of finding a tree on his first trip, despite the fact that it was hard to come by. According to the tree’s owner, it had been planted at the turn of the century. He took cuttings and planted the Harrison, and is credited for bringing the tree back from extinction.

One could give credit to McManus, who’s spent her career researching how agricultural practice and flavor are intertwined, for the company’s Harrison apple obsession.

In 2010, she wrote an article for Edible New Jersey, a bi-monthly magazine that serves the agricultural community, focused on the history of the golden apple that once made Newark famous.

In company lore, Mayor Corey Booker’s Director of Sustainability handed the article to Rosen and told him to bring back cidermaking to Newark, starting with the Harrison.

The Harrison apple brought together all of elements that Rosen wanted in a company, McManus said. “Stories of place, a deep connection to the history of Newark, use of regenerative agriculture, and how workforce development plays a role.”

The article helped set off a chain effect.

Ironbound was founded and Stark was brought on to develop the product. McManus, the historian, was soon hired. Another Harrison tree was found in Virginia, giving Ironbound its first commercial plantings.

Because the Harrison apple is in such high demand elsewhere in the cider industry, the company is focused on building out its own production. Today, Ironbound is growing thousands of Harrison trees at partner farms in Tri-state region, including its plot in Hunterdon, using its cuttings.

Apple trees used for cidermaking, smaller trees called semi-dwarves, take four to five years for the fruit to produce the quantity needed for producing cider, so Ironbound, now just four years old itself, is biding its time until next year when the trees will start to produce fruit.

The company currently purchases its juice from other orchards for the hard ciders it currently sells and is focused on experimenting with heritage apples so it will have something to bring to market as soon as its own Harrison trees bear fruit.

Though the company has already grown to 17 employees, they’ve been patiently waiting for the golden apple.

“There’s a tension between this old rare apple and this desire to create jobs,” McManus said.

“Sometimes they don’t line up perfectly.”

Ironbound Hard Cider’s chief cidermaker Cameron Stark has been experimenting recently with fortified ciders: ciders that have been strengthened by the addition of spirits, in his case, apple brandy. Depending on the brew, it has a flavor similar to something like vermouth or sherry.

Though Ironbound hasn’t officially brought a fortified cider to market, it’s opened up new territory for Stark to consider how his world might soon start to collide with craft cocktails, and today, he shares a more accessible (and currently available) option with us as a recipe.

For Which I Have No Name

The bright acidity and floral peach flavors of Ironbound’s Gooseberry Ginger go perfectly with the botanicals brought to life in Cathouse gin from New Jersey distilling neighbor All Points West. As Stark describes it, it’s a gin and tonic with “a really happy attitude.” Great for drinking after a long ride, or on a  porch anywhere.

A playlist for night riding

An essay on farming and fall from Sandbrook Meadow Farm

Four destination bike routes to try in Philadelphia this year 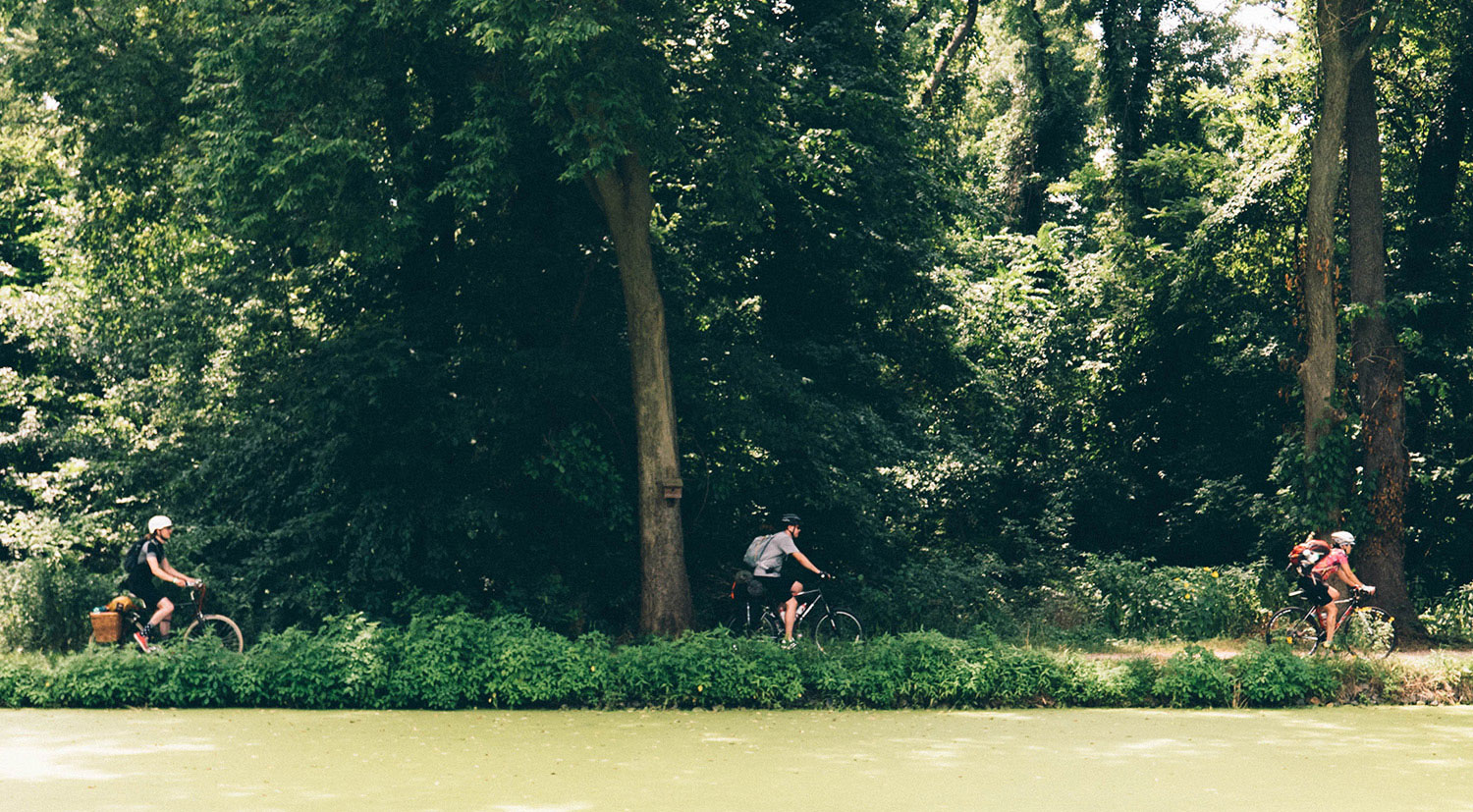 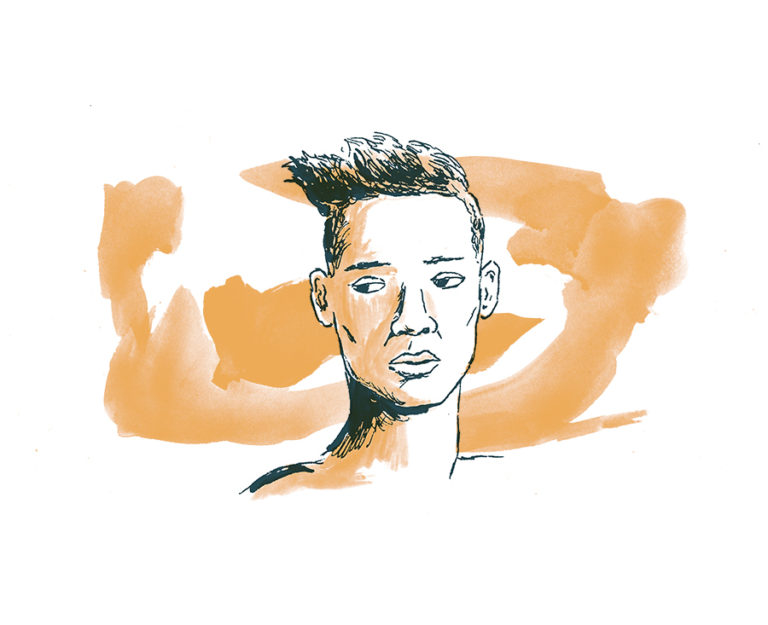 An illustrated guide to cycling stretches designed with bicyclists in mind, from a studio focused on the origins of yoga.
February 3, 2020
by
Brian James Kirk
-
Mark
,
Philadelphia

Find tripsFind trips
On finding a tree in New Jersey
A dedicated group of orchardists, historians and cidermakers are working to revitalize an apple that almost went extinct, for the love of booze. 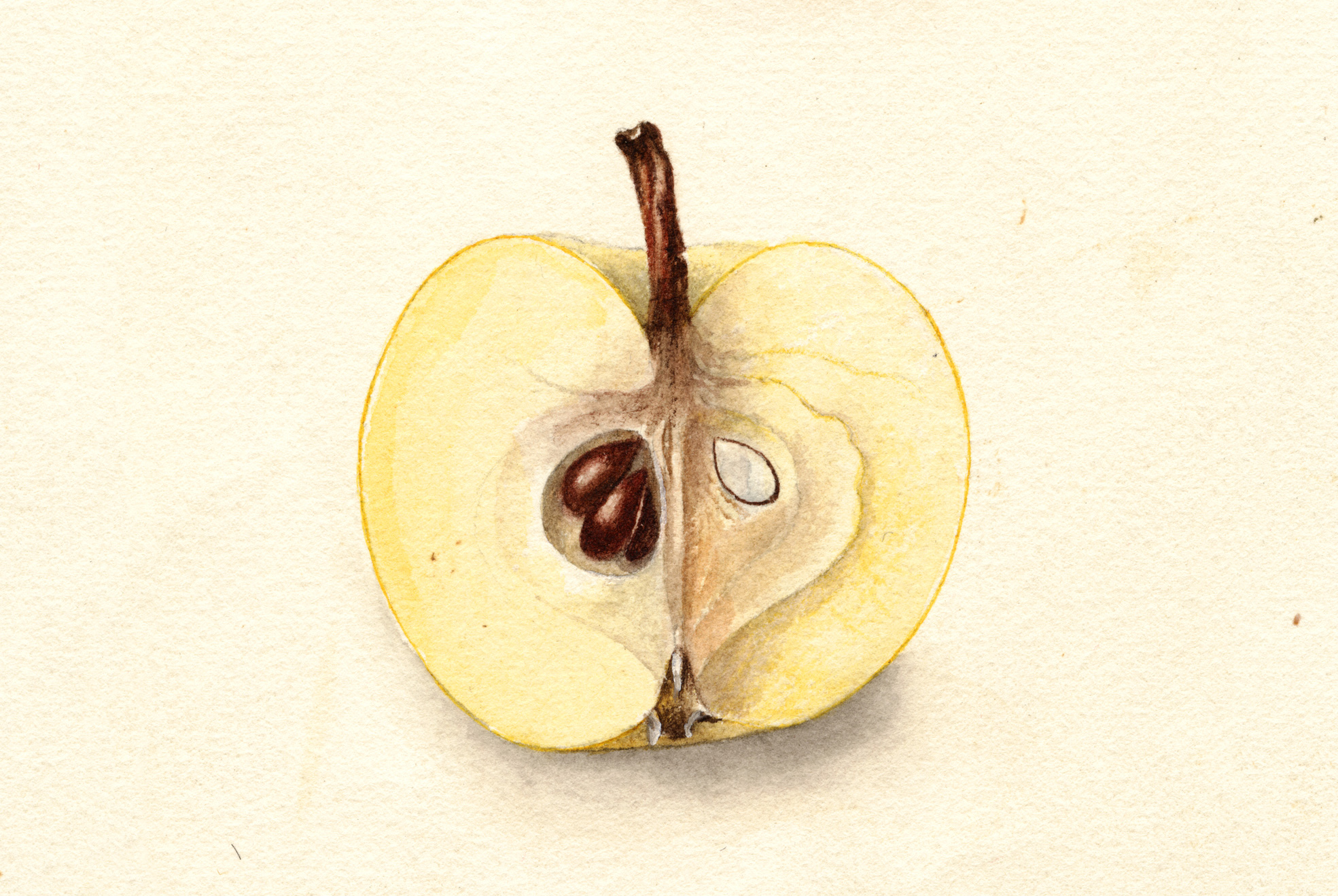 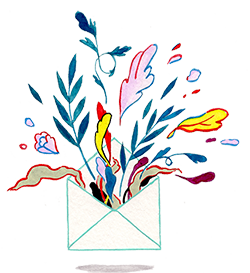